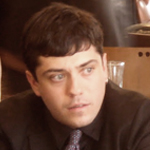 I was released from Fort Knox after serving eight months, which constituted the required minimum of one third of my sentence for desertion. The Army had made its point, and they weren’t interested in wasting any more time and money on me. They gave me a dishonorable discharge, and a kick in the ass.
I called my dad as soon as I found out I was going to be released.
“That’s great, Sammy! That’s really great!
“Yeah. It’ll be another couple weeks, at least, until all the paperwork goes through. Military bureaucracy, you know.”
“I can imagine.”
“But, I mean, it’s a sure thing.”
“Oh, buddy, I’m so glad to hear that. I can’t wait to have you back. You can stay with me as long as you need, to get back on your feet.”
“I appreciate that. We’ll see what happens…”
“Sure, sure. Of course. But hey, first thing off, I’ll take you out to the diner. Just like old times. We’ll have us a couple of nice ruebens, and onion rings on the side, and chocolate milkshakes. How’s that sound?
“Sounds good.”
“Sure it does! And I’ll make sure I have a cold sixer in the fridge. I bet that’ll taste real good after being away.”
“Actually, I don’t know about that one. I’m thinking I might be done with all that.”
“Yeah, I’ll bet! Ha! But hey, Sammy, I’m so glad you’re gonna be back. Things here. Sammy. I loved your mother until the day she died. And now that Linda’s gone.” Who the hell was Linda? “Sammy, I’m just so… It’s just so…”
“Someone else has to use the payphone, Dad. We’ll have plenty of time to talk when I’m out of here.”
“Sure thing, Sammy.”
We hung up without making any real plans.