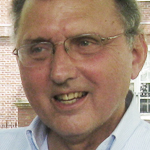 “And all the first-born of man among thy sons shalt thou redeem” Exodus 13:13