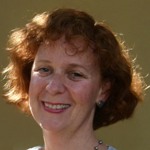 Susan Baruch is the author of the novel Paternity, a Jewish family saga published by Comfort Publishing and featured in last year’s Jewish Book Festival. Her essays and poems have appeared in two anthologies: A Cup of Comfort for Women in Love (Adams Media, 2005) and Motherly Musings (Unlimited Publishing, 2011). Susan is a retired Kodak engineer/scientist with twelve U.S. patents to her credit. She currently volunteers in the art program at the Jewish Home of Rochester and tutors students at one of Rochester’s city schools. Susan resides in Pittsford, New York with her husband and their three red-headed children.