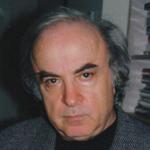 Place of Birth: Report on the State of the Union

Translated from Romanian by Jean Harris