The Attempted Destruction of 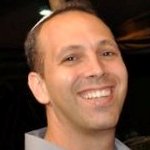 The Attempted Destruction of Herr Neumann

As murderous schemes go, Rudolf’s was rather feeble. Frankly, I’ve heard better. But when a customer wants me to listen, I listen. That’s what I do. I listen and withhold judgment. If I didn’t have this policy, the patrons would complain to Karl and I’d be out of a job. Bartending isn’t steady income but it does not break your back like construction or break your mind like factory work. And once you’ve been in prison, it goes without saying that just about anything you do beats the hell out of that.