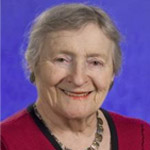 Chava Rosenfarb is an award-winning Yiddish novelist. Born in Lodz, Poland, she is a survivor of the Holocaust, who settled in Canada in 1950. Her major novel The Tree of Life: A Trilogy of the Life in the Lodz Ghetto won Israel's highest literary award for Yiddish Literature, the Manger Prize, in 1979. She has also won the John Glassco Literary Translation Award for her own translation into English of her novels Bociany and Of Lodz and Love.  A collection of short stories called Survivors: Seven Short Stories won the Modern Language Association's Fenia and Yaakov Leviant Memorial Award in 2006 and the Helen and Stan Vine National Jewish Book Award for 2005. While Rosenfarb writes predominantly in Yiddish, the present story was originally written in English.