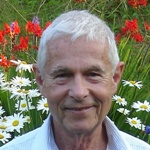 The first time Carole saw Paul carry the Torah scroll around the Brookline synagogue, while he was still in the process of converting, she was very moved; she felt it erotically. Well. Victory is always erotic, isn’t it? It was her victory. And it had been such a long time in coming. She’d grown up in Manhattan, gone to a private school more than half Jewish, become a bat mitzvah of her own volition, something she had demanded, for God knows her secular parents couldn’t have cared less. Of course, mostly it had to do with her friends, so many of whom had those expensive bat mitzvahs in downtown hotels. And when they met, she and Paul, and when they married nine years ago, religion was a bone of contention.