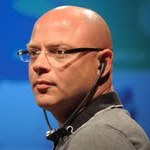 Translated from Hebrew by Ilana Kushan

A dark blue night. Endless rows of oak trees. Sheep, cats, cows. And several stars that light up the sky. Tiny pimples of light. The air tastes of ash.

“I didn’t, you’ll see.”
Sheila looks out the window. I look at the thin lines on her cheeks. I see the layers, the dimensions, the porousness. I almost can’t bear it.

“What’s that? Do you hear that?” Robbie pulls out his gas mask and rests it on his head like a top hat.
“What? What are you talking about? Did you see a fox?” She furrows her brow. “A fox? It’s a siren!”
We poke our heads out of the window of the car to make sure. Robbie chuckles, twists, blushes.
“She’s right, Boaz,” I say. “What are we going to do?” The band’s front man is always the one in charge. The one who decides when to unload. When to start up again. When to go out. Which song to open with. He has it all in his head, in his heart, in his hands. And it’s not just the music. He’s the one who always drives, because he’s the only one with a car. We're like kids. But he’ll know what to do.
“Okay, what are we doing?” Sheila is practically laughing.
Boaz doesn't look stressed. But his eyes dart back and forth in their sockets. He speeds up. But it’s a bit of a Catch-22, because the more that he advances to the west, the closer he gets to danger, and he can’t turn back either, and there's no way he can just stand there.
“Where are you going?” Sheila yells.
Robbie chuckles from the back seat. Boaz scratches his head. He brings the car to a screeching halt. He puts it in reverse. Sheila raises her hands in the air as if in surrender.
“There’s a house over here, let’s go inside.” It's a single square house with a red roof covered in a network of antennas beneath a thick canopy of black oaks.
“I don’t think so.” I am shaking.
“We have no choice,” Boaz insists.
“We’ll knock on the door and ask if we can stay with them until it’s okay to come out.” Sheila looks like she agrees with him. He drives the car nearly up to the door. We exit quickly. The siren rages in the air. That continuous wailing tone that pierces our eardrums. Like a million cars honking. Like the shrieking of cows brought to the slaughter.
“Come on Robbie, what are you waiting for? For a missile to land on your head?”

Amichai Shalev is an Israeli writer, an editor and a lecturer. He studied history and literature at Tel Aviv University, and screenwriting at the Camera Obscura School of Art. In recent years, he has worked as editor of the literature and art section for the internet edition of the daily newspaper Yedioth Ahronoth (Ynet). At present he is a professor in several colleges, teaches writing and critical thinking and also writing critical essays about literature for the press, and working as an editor in Am Oved Publishing house, one of the biggest publishing houses in Israel. The Mentals is his second novel and was on the final list of nomination for the Sapir Prize (The Israeli Booker). The book is also being adaptated into a film. His first novel (Days of Pop, 2004) has recently been republished to critical acclaim. His third novel, Big Girl came out in April 2012. His fourth book, On Subversion, was published in 2014 and contains two novellas. Shalev is the recipient of the 2012 Prime minister's Prize for Literature.