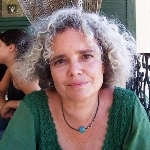 Translated from Hebrew by Michael Swirsky

Michael Swirsky (the translator) has translated into English the works of a number of well-known Hebrew authors, including S.Y. Agnon (Present at Sinai), Haim Gouri (Facing the Glass Booth), Adin Steinsaltz (Teshuvah), Ehud Luz (Wrestling with an Angel), and Aviezer Ravitzky (Messianism, Zionism, and Jewish Religious Radicalism). He is also the editor and translator of two anthologies of Hebrew poetry and prose: At the Threshold: Jewish Meditations on Death and Love Letters (with art by David Moss). He lives in Jerusalem.