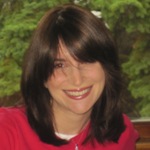 Margueya Novick has an MFA in Fiction from Sarah Lawrence College where she completed a collection of short stories about the Orthodox Jewish community. She has taught Creative Writing to high school and college aged students for the last six years.  Her fiction and non-fiction have appeared in numerous literary magazines.