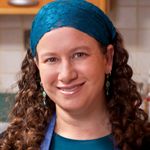 Rena Rossner is a graduate of the Writing Seminars program at The Johns Hopkins University, Trinity College Dublin and McGill University. She works as a Foreign Rights and Literary Agent at The Deborah Harris Agency in Jerusalem. Her poetry and short fiction has been published or is forthcoming from The Dr. T.J. Eckleburg Review, The Rampallian, Thrice Fiction, Poetica Magazine, MiPoesias, The 22 Magazine, Exterminating Angel Press and The Prague Revue, among others. Her cookbook, Eating the Bible, was recently published by Skyhorse Publishing. Her first novel is out on submission.