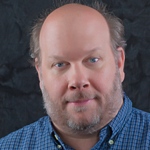 Eric Dreyer Smith lives in San Antonio. He graduated from Trinity University in 1989. Books published include No One Blames San Antonio for the Civil War and Eligible Atrocities. He is currently completing an M.A. in counseling and his hobbies include short film production.