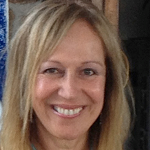 Ruth Knafo Setton is the author of the novel, The Road to Fez, and the recipient of literary fellowships and awards from the National Endowment of the Arts, Pennsylvania Council on the Arts, and PEN, and writers’ colonies, including Yaddo and MacDowell. Her poetry, fiction and creative nonfiction have appeared in many journals and anthologies, including Women Writing Desire, Becoming Myself: Reflections on Growing Up Female, The Schocken Book of Modern Sephardic Literature, Best Contemporary Jewish Writing, Arts & Letters, Tiferet, and The North American Review. She teaches courses in Jewish Literature and Creative Writing at Lehigh University and Semester at Sea, and is working on a new novel. Her website is: www.ruthknafosetton.com/