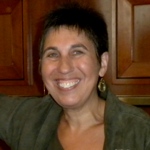 Elizabeth Edelglass’s short stories have been published in Lilith (Short Story Contest winner), Michigan Quarterly Review (winner of the Lawrence Foundation Prize), In The Grove (William Saroyan Centennial Prize winner), American Literary Review, Passages North, New Haven Review, Blue Lyra Review, The Ilanot Review, and more. She has won a Connecticut Commission on the Arts fellowship and has been nominated for a Pushcart Prize. “A New Year” is part of her novel in progress.