Out of the Cold 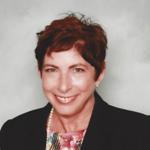 Out of the Cold

Susan M. Breall is a judge in the Superior Court for the City and County of San Francisco. Currently, she presides over a juvenile delinquency department. Prior to her appointment to the bench in 2001, she was Chief of the Criminal Division of the San Francisco District Attorney’s Office for all crimes of violence against women, children, the elderly and intimate partners.  Judge Breall has participated in the Book Passage Mystery Writer Conference for the past two years as faculty, where she lends her expertise to crime fiction writers. She is currently writing a crime fiction novel about a San Francisco homicide. In 1997 she traveled to the Federation of Bosnia and Herzegovina where she conducted domestic violence trainings for the Federation of Bosnian Judges on police investigations, interview techniques and evidence gathering for domestic violence cases.