When The Moon Is Full 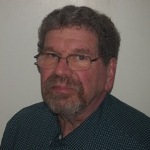 When The Moon Is Full

Frederick Nenner, a social worker and bioethicist, lives and works in New York City, where he is in private practice and the medical ethicist at NYU Lutheran Medical Center. A writer of narrative medicine, he is widely published in medical journals. This is his first published work of fiction.