The Bed You Make 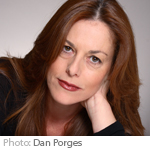 The Bed You Make

One filthy thing did not justify another, he thought. Nevertheless, the more the years went by the more it seemed to him that everything went round in a circle, like a noose slowly tightening around your neck.

Copyright © Ayelet Shamir. English translation copyright © The Institute for the Translation of Hebrew Literature. Published by arrangement with The Institute for the Translation of Hebrew Literature.
Ayelet Shamir was born in Israel in 1964 and grew up in various parts of the country as well as in Africa. She received her Ph.D in Hebrew literature from the University of Haifa. She is Chair of the Department of Literature and Creative Arts in the Faculty of Social Sciences and Humanities at Oranim College, Israel. Shamir has published fiction and non-fiction. She was awarded the Wienner Prize for a debut novel (2007), the Prime Minister's Prize (2009) and the Ramat Gan Prize for The Bed You Make (2014).