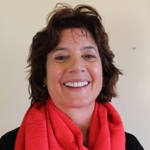 Rivkie Fried was born in Israel, raised in Tel Aviv and New York, and has lived n England for many years.  As a journalist she covered the Middle East for Reuters News Agency and for radio, both in occupied Syria and Lebanon. On moving to London she worked at the BBC World Service for several years, as well as contributing as a freelancer to British newspapers. She has published several short stories, as well as poetry. She is now working on a novel, The Wrong Sea. It is set in Britain and Israel at the end of the 1990s.