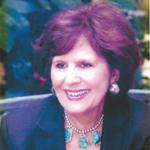 Nina Vida's writing career began when her children went off to college and she enrolled in the University Without Walls program at California State University Dominguez Hills to pursue a long-deferred degree in English. She wrote a story for her creative writing class, and the professor said she thought Nina had the makings of a writer and should try her hand at a novel. Since then Nina has had seven novels published. She is a native Californian, and lives with her husband Marvin in Huntington Beach, California. They have two grown children.