You Can Take Me, You Can Leave Me 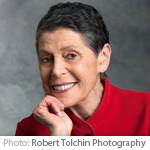 You Can Take Me, You Can Leave Me

Herschl. He’d disappeared.  Now every morning, just before nine-thirty, Sadie posted herself at the corner of Ludlow and Greene, corseted, rouged, hair curled, an eager sentry in a freshly laundered cotton shirtwaist and skirt.

Rochelle Distelheim’s work has been published in The North American Review, Nimrod, Other Voices, StoryQuarterly, Salamander, PersimmonTree.org, The Mississippi Valley Review, Descant, Ascent, Confrontation, Press 53 anthology, “Everywhere Stories: Short Fiction from a Small Planet.” She was awarded The Katharine Anne Porter Prize and The Salamander Second Prize, she was a Finalist in the Glimmer Train Emerging Writers and Press 53 Open Awards, in the Illinois Arts Council Literary Awards and Fellowships,  and she was nominated for The Best American Short Stories, 2013 and The Pushcart Press Prize, 2015.