The View of his Last Exile 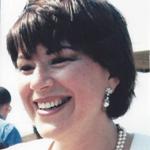 The View of his Last Exile

All day he waited for someone to notice that the palm tree branches had been cut, but no one did.

Shula Kopf lives in Tel Aviv and is a regular contributor to The Jerusalem Report. When she lived in the U.S., she was a staff writer for The Miami Herald and freelanced for Moment Magazine, The Washington Post, and other publications. Kopf has traveled for two years around the world but finds Israel to be the only place where she truly feels at home.