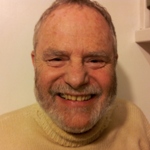 Ordinarily Isaac erased emails from the Ivy League university he had graduated almost fifty years ago without looking at them. Going there had been an error. It wasn’t coeducational back then, and he hadn’t understood how difficult it would be to cope with a party weekend social life. The entire patrician ethos of that university went against Isaac’s New York Jewish liberal egalitarianism. His high school years had been marked by civil rights marches, anti-nuclear demonstrations, folk music and jazz. Now the decision to apply to that Ivy League college and attend it when he was accepted mainly showed him how little he had understood about himself when he was a high school senior.

Jeffrey M. Green is the proud father of three responsible adults, who are engaged in their lives and the parents of six grandchildren. Jeffrey Green was raised in Greenwich Village and attended progressive schools, then Princeton and Harvard. Influenced by Havurat Shalom, he moved to Israel with his wife in 1973, became a translator, and has translated Aharon Appelfeld and other major Hebrew writers. He has published articles, short stories, poems, and books, and he is also an amateur musician and ceramicist. He attended Elul, the open Beit Midrash, for seven years. He is as alienated politically in Israel as he was in the U.S. during the Vietnam War.