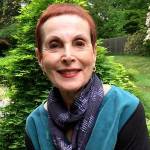 Perle Besserman, recipient of the Theodore Hoepfner Fiction Award and Pushcart Prize nominee, was praised by Isaac Bashevis Singer for the “clarity and feeling for mystic lore” of her writing, and by Publisher’s Weekly for its “wisdom [that] points to a universal practice of the heart.” Perle holds a doctorate in Comparative Literature from Columbia University and has lectured and taught worldwide. Her fiction includes: Pilgrimage, Kabuki Boy, Widow Zion, and a linked story collection Yeshiva Girl. Her non-fiction: A New Kabbalah for Women, A New Zen for Women, Grassroots Zen, and, recently, Zen Radicals, Rebels and Reformers, both co-authored with Manfred Steger. www.perlebesserman.net