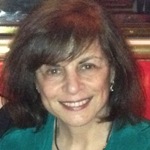 Jean Ende is a former reporter for New York and New Jersey daily newspapers, publicist for New York City politicians, bank marketing executive and college professor. Her work has appeared in Crain’s New York Business, Working Woman Magazine, University of California Press and The Jewish Literary Review and received honorable mention in Glimmer Train’s 2014 Short Story competition. She is a graduate of the City College of New York and Columbia University Graduate School of Business and studied fiction at the Stonybrook University MFA program and Breadloaf Writers Conference. Jean is currently working on a collection of linked humorous short stories about three generations of a Jewish family who settle in the Bronx, NY after fleeing the Holocaust.