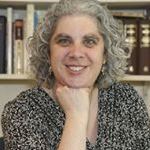 But that’s not the story I’ve just told, is it?

Gail Labovitz was born and raised in the Philadelphia area, lived in New York City for a number of years, and now resides in Los Angeles. In her “day job” she is an ordained Conservative rabbi and associate professor at the American Jewish University, where she teaches and researches rabbinic literature of late antiquity and Jewish law. She has studied creative writing with the Writers’ Studio in New York and the UCLA Extension Writers Program. In addition to several short stories published in Jewish and feminist journals, including prize winning stories with Lilith and Women in Judaism, she is also the author of the academic work, Marriage and Metaphor: Constructions of Gender in Rabbinic Literature and numerous articles.