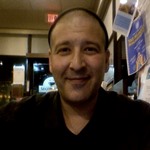 Yishai Beckow divides his time between learning Torah, writing and teaching emergency care. He has published poems, a photograph and short stories, and writes children’s stories and non-fiction. At present he is working on a book about the operation of the monarchy during the Davidic dynasty. He has one amazing son. Yishai is a dual citizen in both Israel and Canada. He has lived in three holy cities. He currently resides in Toronto, Canada. He graduated from Humber’s Ambulance and Emergency Care program in 1992.