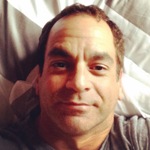 So, at a soccer field in Western Pennsylvania, I bump into this guy I used to know. It is a fear of mine, meeting anyone today from those years. Anytime I drive north from Maryland I have that fear. It is an irrational fear but a fear nonetheless. There are bigger towns and cities north. Pittsburgh and Philadelphia are towns, bigger cities, maybe I could call home. But north, it seems, are the small little towns trapped in foothills, trapped in a way of thinking I’d rather not be subjected to again. They want to be something else, these small towns, but it’s just talk.