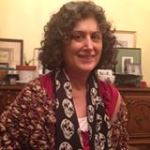 S.L. Wisenberg is the author of a story collection, The Sweetheart Is In, an essay collection, Holocaust Girls: History, Memory & Other Obsessions and a nonfiction chronicle, The Adventures of Cancer Bitch. She is a third-generation native Texan who has lived in Chicago most of her adult life. She works as a writing coach and editor. Wisenberg is working on a personal essay collection about the U.S. South and race. She blogs at Cancer Bitch and tweets from @SLwisenberg. Grants/awards: Pushcart, National Endowment for the Humanities, Illinois Arts Council, Fine Arts Work Center in Provincetown.