The Search for Shmulie Shimmer 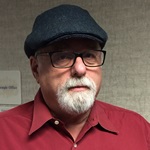 The Search for Shmulie Shimmer

Together we hung out for the rest of the day, the rest of the year, and the rest of our time at the Yeshiva of Midwood, five academic years. We were inseparable until just before graduation. Then our relationship ceased, and we parted company forever.

Phil Cohen is a Reform rabbi currently serving in West Lafayette, Indiana. His interests in Judaism, especially Jewish thought and ethics have combined with an interest in writing fiction. In addition to a Ph.D. from Brandeis University, he is currently finishing an MFA from Spalding University in Louisville, KY. It is his hope that a career of academic writing, sermons, and bulletin messages can be translated into writing fiction. The story published here is an excerpt from his first novel, a dystopic Jewish science fiction novel.