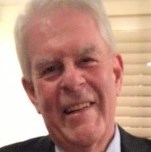 By Steven B. Rosenfeld

Steven B. Rosenfeld is a retired New York City lawyer who has been writing for over forty years, but only began writing short fiction two years ago. His published non-fiction includes articles in legal journals and the public Advisory Opinions of the NYC Conflicts of Interest Board, which he chaired from 2002 through 2012. Two of his short stories were published in March 2017 in The City Key and Inigo Online. An earlier version of “Amy’s Story” received an Honorable Mention in the 2016 Short Story America Prize contest. He lives in New York with his wife, Joan, and their two cats, Orville and Wilbur.