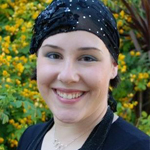 If you must call me by a name, refer to me by my associations. The most common of these would be "The Wife of On."

My husband was the firstborn son of Peleth. When the decree was put forth that the priesthood was to be passed from the firstborn men and Levites to the sons of Aaron, On was easily convinced to rebel. A messenger from Korach arrived at our tent, spewing words such as “disgraced” and “treachery” and “abandoned by God.” Before I had even brought out washing water and bread, On had left with the messenger in a silent rage.

I am a woman and know that such things are not my place to question, yet I sensed the false ring in Korach's words and it made me uneasy. I had been both a wife and a mother for many years and this had given me experience. My husband could be easily drawn into anything with a few well-spoken words by men more powerful than he.

I chose to wait and listen.

"Tomorrow we go to Moses."

I glanced towards my husband from where I stood near the hearth. He spoke to our firstborn son, a young man of twenty, with his father's shoulders and the light of God in his eyes.

On took a slice of the soft manna in the center of the table and took a bite. He breathed deeply through his nose, chewing slowly. "Korach has assembled two hundred and fifty of some of the best men of Israel. They understand how deeply we have been wronged. Tomorrow we approach Moses with our grievance. He must hear us."

I poured more wine, keeping my head lowered so that my husband would not see how troubled I was. His words awakened in me a sense of dread that I had not felt since On had asked me for my gold earrings at Sinai. I had trusted my instincts then and done what I almost never did. I refused him. When I discovered later what the men had done with the gold, I knew I had been right.

God, give me strength.

"Husband," I spoke quietly, respectfully, "are you certain of this? Korach's memory is short. Perhaps he does not remember what befell us the last time we rose against God and Moses."

On snorted and shook his head. This was no rebellion, he assured. This was a wrong which they intended to set right. I should not speak of that which I could not possibly understand.

"You should be more like Korach's wife. She pushes him forward and spurs him on. She sees the greatness he could attain and desires it for him."

I held my tongue. Korach's wife desired greatness for herself. This was clear to me, but I would not lower myself so to speak it.

Our son stood from the table, kissed my cheek and went out to check on the camels. Silence, broken only by the snapping of the burning wood in the hearth, surrounded me. It was a barrier I did not know how to cross. On sipped at his wine, oblivious to the gulf in which his stubborness and my inability to speak churned together.

I should try once more. I should force him to listen. I could not.

"Perhaps the boy should stay here?" I queried over the morning bread and goat's milk.

On frowned, a thin line of white stretched along the bottom of his mustache. "Why? Is he ill?"

I grasped at this idea. "No, but the little one is. I don't think I will be able to tend the camels and poultry properly."

My husband stood, brushing crumbs from his tunic and beard. He mumbled something to himself and rubbed his nose. He peered towards the back of the tent where our little one still lay sleeping. Finally, he nodded at me and left to pasture the sheep, calling back over his shoulder that he would return tonight after the meeting.

My eldest would remain with me today. He would not be attending the meeting. I thanked God for this good turn and set to sweeping the dirt floor.

When On returned that evening, his face was grim. I quickly washed his feet and brought him his remaining portion of the manna from that morning. I saw he was troubled, so after I poured his wine, I sat to his left.

"What ails you, dear one?" I asked after he had drained his first cup of wine but had not yet eaten a bite.

On took a deep breath and pushed his bowl away before dropping his head into his hands and clutching at his hair. His voice was muffled and thick, coming from between his arms. "This is foolishness. What is Korach thinking?"

I laid my hand gently on his back and waited for him to continue.

"This is not about the priesthood," he said, his voice gruff. "It is about Korach's greed. The rest of us are there to witness the humiliation."

He raised his head and his eyes met mine. Dark eyes made darker by the night, they still shone with unshed tears. "He incited Moses and God. He accused them harshly and without respect. He asked Moses such questions… I was ashamed to stand with him. If the earth could have opened beneath me right there, I would have been swallowed gladly."

I took a slow breath through my nose. "Do not say such things," I mumbled quietly. "It is an evil idea you speak of."

"Nonetheless, so I felt." On paused, perhaps to collect his thoughts. "Moses at last fell on his face and wept before us, pleading and begging that we return to our homes. Our claims pained him and I could see how he feared for us. It was all I could do not to throw myself before him and weep as well."

The tears flowed now, trickling down his face and into his beard. The shine spread from his eyes to the little droplets which clung there.

"They will come for me early tomorrow." My husband's voice was nothing more than a shaky whisper. "They are to present incense before God, and He will choose his true priests." He shook his head and looked up at the tent ceiling. "They go to their deaths and I go with them."

Blackness crept into the edges of my vision, and with it the beginnings of panic. This man, my husband, to whom I had given myself, for whom I had borne children, would be taken from me. Of this I had no doubt.

"Do not go," I said in strangled and quiet horror. "Stay here. With me."

On's eyes once again met my own. They shone no longer, the tears having run dry. They were the eyes of a dead man. "I made an oath to Korach. He has sworn me to stand with him."

Shock numbed all but my grief. The foolish act of forswearing oneself to a cause before fully understanding it made my throat close. I could not believe that On had been so hasty. Yet the numbness was soon replaced by deep respect. My husband was no oath-breaker. He was trustworthy and honest and a good man. He should not die tomorrow.

I knew what was necessary. I needed to be strong.

I kept the wine flowing freely that night, barely letting him replace his empty cup on the table before it was full once more. I spoke of times long past; of our youth and courtship, our secret meetings before we were wed, of his strong shoulders and thick curly hair, and my dark skin and fierce eyes. Of our betrothal and the music we danced to, cymbals and drums and flutes. Of our first time together.

That night I lay with him. Our lovemaking was bittersweet, each of us clutching fiercely to the other, tears intermingling with the sweat of our bodies and our fulfillment, until On, exhausted, fell into oblivion.

I did not sleep. As the sun drifted through the weave of the tent, I rose and dressed myself, watching my husband's sleeping form. I nodded in approval, hearing his deep breathing and seeing the rise and fall of his chest. He would not awaken unless disturbed.

Korach's men would arrive early to take him. If they were stopped, and On was not awakened, he would be breaking no oath.

I made a silent prayer, thanking God for making me a woman.

I exited the tent and sat a few meters from the entrance. Taking a deep breath, I stilled my shaking hands and ignored my shame as I removed my beloved head-covering.

At first my transgression went unnoticed. The early morning traffic was sparse and the camp of Israel was still in its early waking hours. Yet when my neighbor's wife gasped and dropped her egg basket, others began to look in my direction. Within an hour the whispers were all around me though no one dared to approach. It was a matter of deepest shame for a man's wife to behave in such a brazen and immodest way. It was an act of open hostility towards her husband and towards God.

I ignored the crowd of onlookers and their whispers of Look at her, God have mercy, and She should be beaten. Instead I focused on the mending before me, sealing tears and patching holes to keep from closing my ears.

One harsher voice drew my attention a few minutes later.

"What's this!?" it rang out, sounding outraged. I recognized the messenger's voice from two days ago.

Someone from the crowd apparently answered in a lower voice, because a moment later a clump of dirt stung my cheek and I heard the messenger spit. Vile woman, he called me. A shame and burden unto my husband and family. Any number of harsh and derogatory things came from his mouth, but he would not approach the tent. It would transfer my shame onto him and Korach, and this would not be tolerated. At last the messenger left with the parting words, "Think of all you have lost today and weep!"

I assumed he had gone for good. I carefully rubbed dirt from my cheek and continued my mending, never raising my head. I remained outside until I was certain the messenger would not return and then rose silently and entered the tent to wake my children.

Later, when the news arrived that Korach, his men and all their families and possessions had been swallowed by the earth, I did weep. I wept with grief for them, but I also wept in relief and joy that we had been spared and praised God once more for creating me as I am.

For all this I am given no name. But my namelessness is my reward. I am every woman and thus can hold no one name.

I am the silent strength that every woman possesses. I am the love for her children that every mother carries in her breast. I am the willingness to sacrifice for loved ones, and the ability to do what needs to be done. I am the young, blushing bride and the experienced woman loving her man. I am the daughter. I am the sister. I am the mother.

I am the wife of On.

Miriam Weiss was born in Chicago in 1985, and made aliyah with her family to the city of Netanya when she was twelve years old. Though she grew up in a completely Israeli area, she retained a deep love of the English language. She is currently finishing her BA in English Literature at Bar-Ilan, while simultaneously working on her MFA in Creative Writing with the Shainy Rudoff program. She lives in Karnei Shomron with her husband and two sons.