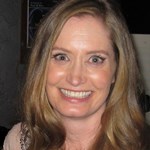 He turns back in time to see Jacob set his queen down on the board. “Checkmate, Ethan.”

Copyright © Mona Leigh Rose 2017
Mona Leigh Rose is infatuated with short stories. Her fiction has appeared in The Writing Disorder, Avalon Literary Review and Luna Review. She is honored that one of her stories has been selected for the flash fiction anthology The Best Small Fictions 2017. She lives and writes in Santa Barbara, California.