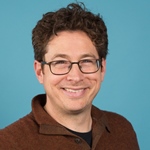 “In Cadiz.” Her voice stronger now, though breaking a bit.

Greg Harris, adjunct lecturer in public policy at Harvard Kennedy School, has taught journalism, creative writing, and persuasive writing in the Harvard College Writing Program and in the Extension School. He is the founding editor of Pangyrus, a journal of literature, ideas, and politics, and is founder and co-director of Harvard LITfest, the university literary festival. His stories and essays have appeared in The Chronicle of Higher Education, The Boston Globe, Harvard Review, and elsewhere. His translation of Seno Gumira Ajidarma's novel, Jazz, Perfume, and the Incident was published as part of the Modern Library of Indonesia in 2013. He holds an MFA in creative writing and an MA in cultural anthropology, and spent 2011 as a Fulbright Scholar in Bulgaria, researching his latest novel.