The First Time That He Died 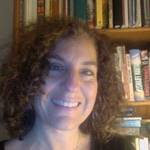 The First Time That He Died

He finished his cigarette and briefly put a hand to his aunt's hair, dyed the past forty years the color of straw. The wind was picking up, a signal for the Filipino nurses in their starched uniforms to begin wheeling patients down the stone path towards the common room for afternoon tea and bread and jam. They took no notice of the old woman lingering near the rosemary or the puzzled man sitting awkwardly beside her, staring into her somnolent face. He leaned over, pressed an ear to his aunt’s lips, and rose, retrieving the cigarette from her yellowed fingers. Then he crushed it beneath a stone and continued walking, his shadow trailing after him into the late autumn light, neither quick nor quite dead.

Susan Dickman is a writer, artist, teacher and founding member of the Jewish Artists Collective of Chicago. An Illinois Arts Council Award recipient, she has published poetry, fiction, and essays most recently in Intellectual Refuge, Best of the Best American Poetry 2013, Lilith, Zocalo Public Square, and Brain, Child. She has exhibited artwork at the Spertus Institute for Jewish Learning, The Evanston Art Center, The Art Center of Highland Park, The Bridgeport Arts Center, and Morpho Gallery.