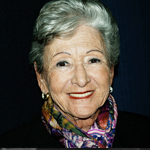 A Novel of Modern Israel