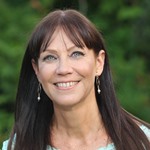 Translated from Hebrew by Ruth Rowinski

Gali Mir-Tibon (the author) was born and raised on Kibbutz Kvutzat Shiller. She has a PhD in history from Tel Aviv University. She is the founder and CEO of the Institute for Excellence in the Humanities, a teacher trainer in the Amit schools, and a visiting scholar at Carnegie-Mellon University in Pittsburgh, PA. She is also the former principal of high schools in Bat Yam and Ma'alot Tarshiha, This is her first novel.

Ruth Rowinski (the translator) moved to Israel with her family from her native South Africa at the age of ten. Living in and between both languages and being an avid reader eventually led her to translation, where she delights in assisting books, documentsand texts transition from Hebrew into English.