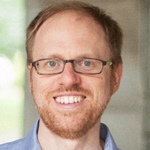 Brian Schwartz has published short stories and essays in Harvard Review, Blackbird, cream city review and in the anthology Inheriting the War. He is a senior lecturer in the Expository Writing Program at NYU and has also taught at UC Irvine, San Francisco State and in Bard College's Language & Thinking Program. He lives with his wife and two daughters in New Jersey.