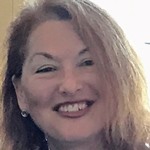 Eva Izsak was born in Satmar, Transylvania. She grew up in Israel and graduated from the Hebrew University School of Law. For over twenty years she practiced with some of the largest law firms in New York and served as in-house Counsel in the U.S. and in France. A mother of two daughters, Eva lived in Tokyo and New York and currently resides in Paris, where she embarked on a second vocation as a writer. She has published in The Forward, has written blogs and newletters, completed two novels (yet unpublished), and is working on a third.