Suspended As They Are 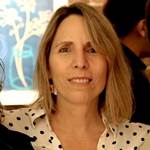 Suspended As They Are


The words howled past her. With a jerk, the train gathered speed and barreled down the tracks.

Zeeva Bukai was born in Israel and raised in Brooklyn, New York. Her stories are forthcoming in Image Journal and Mcsweeney’s Quarterly Concern, and have appeared in Flash Fiction Magazine, december Magazine, WomenArts Quarterly Journal, Heeb, Lilith, Calyx, The Jewish Quarterly, and elsewhere. Her story “The Abandoning,” featured in december Magazine, won the 2017 Curt Johnson Prose Award (judged by Lily King) and was nominated for a Pushcart prize. She was a Fellow at the Center for Fiction in NYC. She holds an MFA from Brooklyn College and teaches writing. At present, she is at work on a novel.