I Didn’t Go to the Barbecue 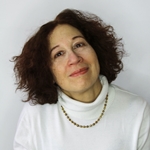 I Didn't Go to the Barbecue

Sheryl Halpern, author of the 2013 story collection Surviving Love, is a Montrealer who likes to see the madness and dark humor in everyday domesticity and ordinary love. A Montreal journalist who switched into academia, she wrote her PhD dissertation on Canadian literature at the Université de Montréal, and has been teaching English literature at Dawson College since 1995. She has kept one foot in journalism by writing book reviews for Books in Canada, Canadian Literature, and The Montreal Gazette. She has read her stories and poetry at the Yellow Door, the Lawn Chair Soirée, Argo Bookshop, and Librairie sur le Parc, and has published poems in various Canadian poetry magazines. Most of the stories in Surviving Love have been read to Montreal audiences; one story (“Missing Pieces”) also appeared in the 2008 anthology Writing in the Cegeps.