A Christmas Conversation with a Jewish Boy 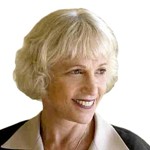 A Christmas Conversation with a Jewish Boy

“You mean blacksmith?” I ask, tentatively.  I already know what the name means but had no precise idea how to pronounce it.
“My name Sasha Gorsky,” he said, offering his hand. He turned formally to his grandparents. “Grandmother, grandfather,” he said, “I introduce you Eleni Kuznetz.” Then all caution, all constraint and inhibition were suddenly gone. “And she,” he said, rising up on his toes, “she is... she is...” But he just couldn’t manage it, he couldn’t tell them I was a Jew. He glanced at them; he glanced back at me. “She too,” he brought out finally, “she too don’t never celebrate Christmas.”

Kim Chernin, Ph.D. is the author of 23 books of fiction, creative nonfiction and poetry, including A Different Kind of Listening, Crossing the Border, The Hungry Self, and My Life as a Boy.  In My Mother’s House, the story of four generations of women in her mother’s family, will be published again in 2019.   She lives in Point Reyes, California with her life-companion Renate Stendhal and their two dogs. She is nationally recognized as an expert in eating disorders and is also in private practice.