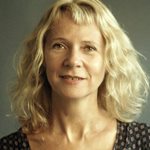 Esty G. Hayim (the author) is the author of four novels, a short story collection, and a play. She studied theater at Tel Aviv University and teaches creative writing at Kibbutzim College of Education and in Hanegev University. Her latest novel, Corner People, was published to wide critical acclaim and awarded the 2014 Brenner Prize. She received the Israeli Prime Minister’s Levi Eshkol Literary Award in 2002 and in 2015. She also won the Keren Rabinovich Translation Award in 2016. The Novel Corner People was translated to Italian and published in Italy in 1917 by Stampa Alternativa publishing house. In October 2018 it won the second prize at the Adewi-Wizzo literary prize in Italy. This novel is going to be published in French and other languages this year. Hayim, whose short stories have appeared in anthologies worldwide, is also a literary reviewer for Ha’aretz and has acted with the Cameri Theatre, a leading Israeli repertory theater, in plays by Hanoch Levin and others.

Yardenne Greenspan (the translator) is a writer and a Hebrew translator. She has an MFA from Columbia University and is a regular blogger for Ploughshares. Her work has appeared in The New Yorker, Ha’aretz, Guernica, Literary Hub, Blunderbuss, Apogee, The Massachusetts Review, Asymptote, and Words Without Borders, among other publications.