Every Man A Lamb 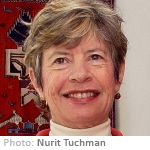 Every Man a Lamb