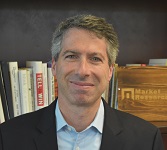 Rob Granader, after law school, reported on Capitol Hill in Washington, DC for a number of print news outlets in the mid-1990s, publishing more than 350 articles and essays in over 50 publications. In 1998 he started MarketResearch.com, where he is currently the founder and CEO. Rob’s work has been featured in the Washington Post, Washingtonian magazine, New York Times, and Mariashriver.com. He has won writing awards from Bethesda Magazine and Writer’s Digest and attended various workshops including the Key West Literary Seminar and the Writer’s Digest Conference in Los Angeles. He has a BA in English from the University of Michigan and a JD from The George Washington University. His writing can be found at www.RobGranader.com or his blog at https://expatlondon.blogspot.com