Jazzy Sounds of the Cicadas 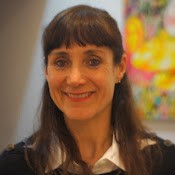 Jazzy Sounds of the Cicadas

Diana Bletter is author of several books, including National Jewish Book Award Finalist The Invisible Thread: A Portrait of Jewish American Women (Jewish Publication Society), and A Remarkable Kindness (HarperCollins).She is the First Place Winner of the 2019 Moment Magazine-Karma Foundation Short Fiction Contest. Her writing has appeared in The New York Times, The Wall Street Journal, Commentary, tabletmag.com, The Forward, The North American Review, Times of Israel, and many other publications. A Cornell University graduate, Diana lives in a small beach village in the Western Galilee with her husband and family where she is a member of the hevra kadisha. Find out more about her work at www.dianabletter.com.