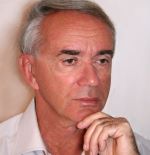 Translated from the Hebrew version by Yaron Regev

Leonid Pekarovsky (the author), born in Kiev, Ukraine, in 1947, is a writer, journalist and art critic. Pekarovsky served in the Red Army before studying art theory and history at the Fine Arts Institute in Kiev. He worked for the Ukrainian Ministry of Culture for many years, where he organized art exhibitions both in the USSR and worldwide. His essays on art theory and history have been published in professional journals. After he immigrated to Israel in 1991, he worked as a gardener and a printer and, in 1995, became a security guard until he recently retired to focus on his writing. His stories and novellas have been printed in the Russian press as well as in the Haaretz Culture and Literature Supplement. His first book, Broom and Other Stories, was published in 2012. His second book, A Parabola of Success, was published in 2015. His third short story collection, Ten Agorot, published in 2018, was shortlisted for the prestigious Israeli Sapir Prize.