The Jewish Wonder of the Vineland Little League 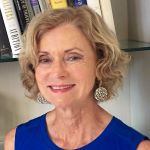 The Jewish Wonder of the Vineland Little League

Bethanie Gorny is from New Jersey. She is a retired professor of special education, now a fulltime writer in Florida. Her essays have appeared in The Jewish Literary Journal,  Atlantic City Press, The Jewish News of South Jersey, The Phoenix Jewish Journal, The Sun Sentinel, Florida Writer Magazine, Together Magazine, and others. She won first prize in the 2019 Royal Palm Literary Competition for short memoir. Her novella Fridays with Eva has been published.  She is active in organizations that serve Holocaust survivors. She and her husband started a fund for Holocaust Survivors overseen by the Jewish Family Services organization.