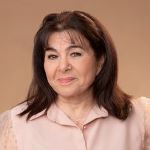 Levana Moshon was born in Tel Aviv, is a graduate of Bar-Ilan University in education and geography, and is a writer, journalist, teacher, and children narrator, and a resident of Givat Shmuel. She has published 40prose books for children and youth, and 4 novels for adults: Excision (2019), The Silence of the Plants (nominated for the Sapir Prize 2015 ), Sour Love (winner of the Tchernichovsky Award), and Blue Woolen Wire. Her work has appeared in anthologies in Hebrew and Spanish. Her children’s stories were published in various children's magazines and were also read on Israeli radio, on a children’s program called One More Story and That’s all.She has won the ACUM Award twice.