How Many Points Is Pablo Neruda? 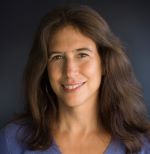 How Many Points Is Pablo Neruda?

Hannah Brown’s short stories have been published in Commentary, JMWW, the Jerusalem Post, and Short Story Quarterly as well as in the anthologies, Israel Short Stories, Love in Israel and Tel Aviv Stories 2 (a collaboration between Ang.-Lit Press and Jewish Quarterly). Her novel, If I Could Tell You, is about mothers raising children with autism. Her articles have appeared in The New York Times, Newsweek, Next Tribe, Hadassah, The Daily Beast and other publications. She is the movie and television critic for the Jerusalem Post and she used to be a movie critic at the New York Post.