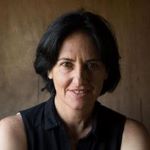 Céline Assayag was born in 1967 and is mother to two grown-up daughters. She studied philosophy and Hebrew literature at Ben Gurion University as part of their writing program. Assayag has previously published two critically acclaimed novels which earned her the Minister of Education and Culture Prize for Literature and the Prime Minister’s Prize for Hebrew Literary Works, and which were longlisted for the prestigious Sapir Prize for Literature. Until about five years ago, Celine Assayag pursued a successful career in the field of mechanical engineering. Today, besides her writing, she is the Hebrew literature editor in chief for Yediot Sfarim (Yediot Books), one of Israel’s largest and most prominent publishing houses.